take over the world with the civilization strategy board game! 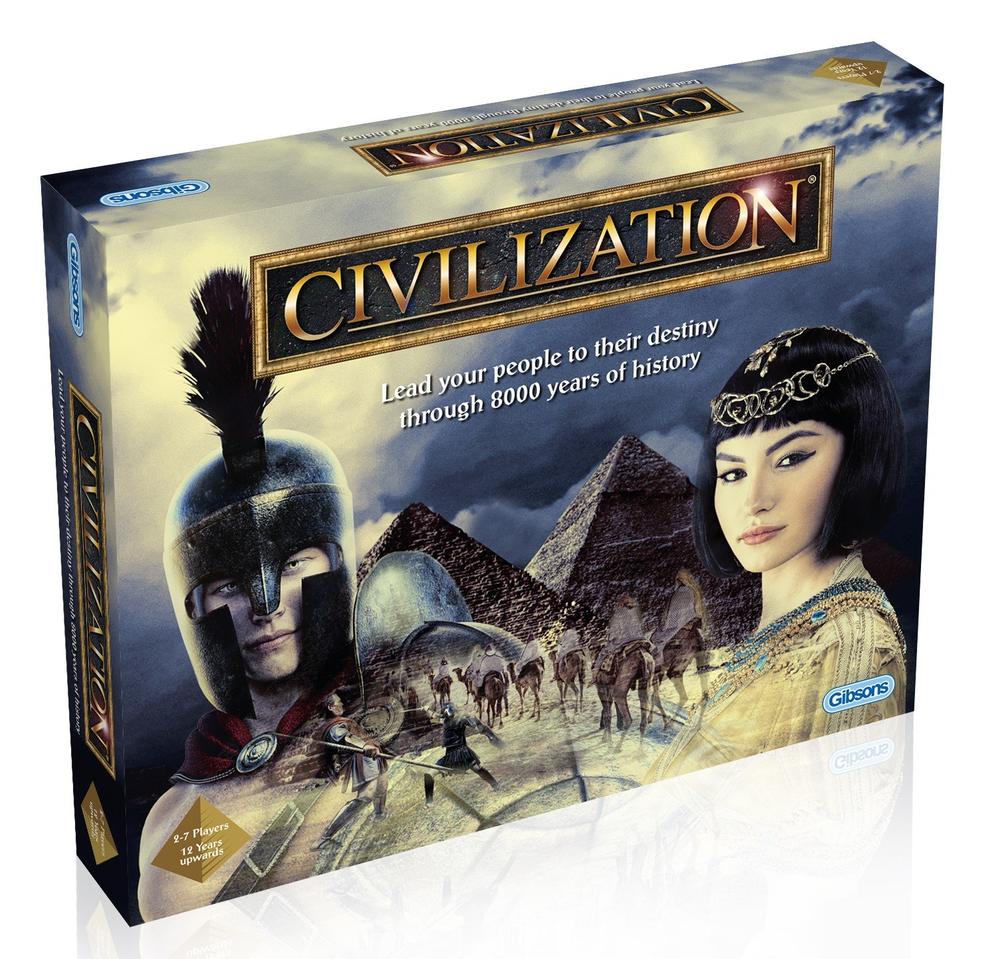 Civilization is a game of skill and strategy for 2-7 players. In the Ancient World of 8000BC, each player controls a different nation. Although battles and territorial strategy are important, this is not a war game. The object of the game is to gain a level of overall advancement involving cultural, economic and political factors so that conflicts arise due to rivalry and land shortage rather than a desire to eliminate other players.

Designed by legendary games inventor Francis Tresham, Civilization is the epic game that urges players to lead their nation to become the most powerful and advanced civilisation on the board!

Due to popular demand, Gibsons have redesigned and relaunched the classic, epic strategy game. Originally published in 1980, Civilization is a board game that pits players against each other in their quest to lead a nation to the pinnacle of development.

Although the rules and gameplay stays true to Francis Tresham’s original, this edition of Civilization has had some aesthetic improvements and all components are made from the highest quality materials so that your game will last a lifetime.

My mother and I were obsessed with the original video game for many years, the ultimate strategic war game and one of the earliest computer games to nail the genre. That's our family Boxing Day sorted! 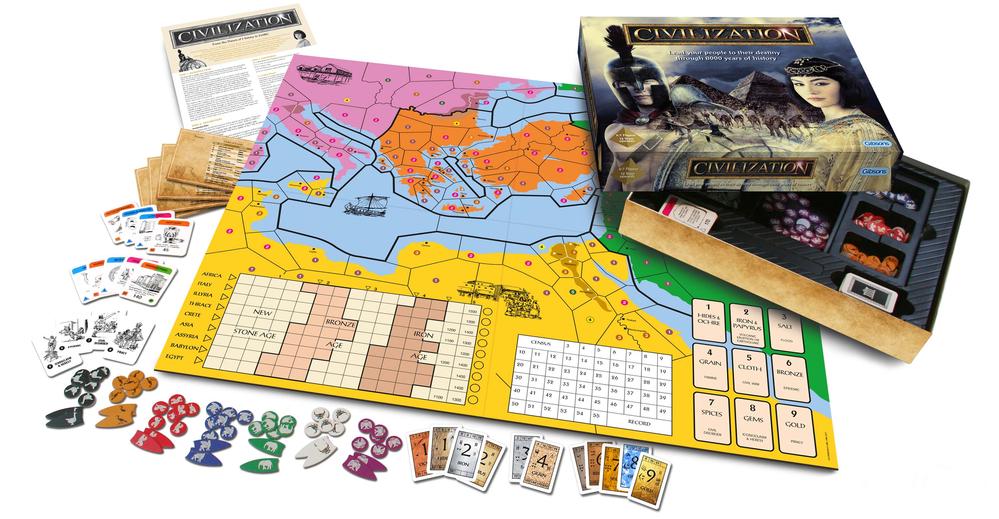 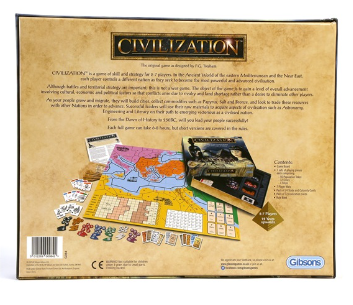